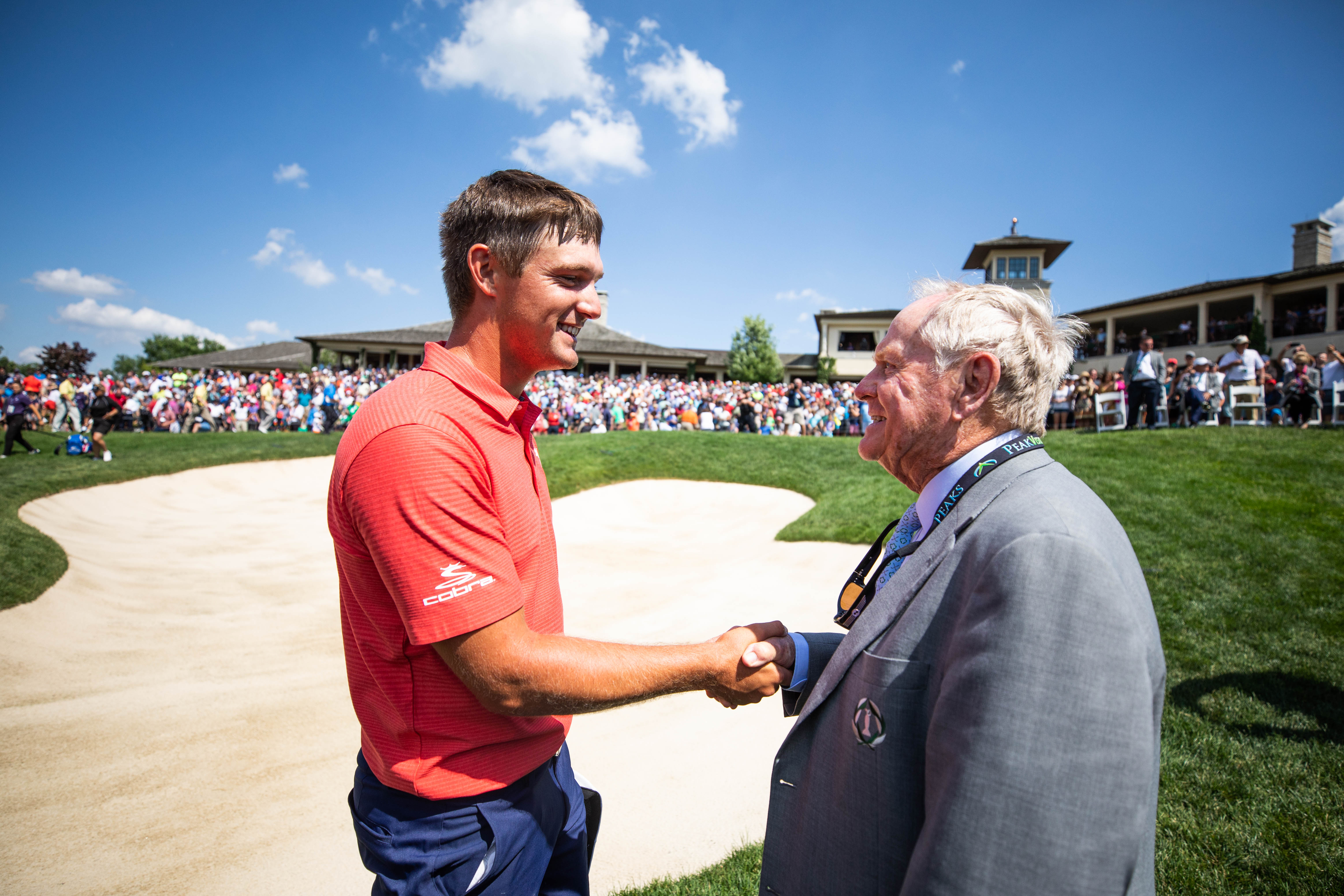 Sharing a handshake from Founder and Host Jack Nicklaus is the reward reserved for the winner each year of the Memorial Tournament presented by Nationwide, the highly acclaimed and venerable invitational tournament that the Golden Bear started in 1976 at Muirfield Village Golf Club.

But every player who participates in the annual PGA TOUR event receives a prize before he ever steps on the first tee. It is delivered in the mail, and it is the official invitation to play in the Tournament, and the invitation comes from Jack W. Nicklaus himself as well as from Memorial Tournament Chairman Jack W. Nicklaus II, and Club President Steven C. Nicklaus. It’s quite a keepsake, if you will, as well as a signal of respect and inclusion to one of the finest golf tournaments in the world—one with a reputation for excellence and contested on an impeccable layout designed by Nicklaus.

It’s no wonder, then, that the Memorial Tournament annually welcomes one of the strongest fields of the year, a development that fans of Central Ohio have come to expect.

“I am pleased that the best players in the world have always supported the Memorial Tournament, year in and year out,” Nicklaus said a few years ago regarding the field, a sentiment he has said more than a few times when Tournament officials release each year’s final commitment list. And his annual letter in the Memorial Magazine always includes a reference to an outstanding field.

Despite being played in July for the first time because of a revamping of the PGA TOUR schedule due to the coronavirus pandemic, the 2020 edition, captured by Jon Rahm on his way to claiming the No. 1 spot in the Official World Golf Ranking, showed the drawing power of Nicklaus and Muirfield Village Golf Club.

Each of the top 10 players in the current FedExCup standings and 48 of the 50 were in attendance, most of any event in the 2019-20 season up to that point.

More impressively, 43 of the top 50 players in the Official World Golf Ranking (OWGR) committed, which was the most of any event in the FedExCup era not counting majors and the World Golf Championships. Nine past FedExCup champions also competed, including record five-time Memorial Tournament winner Tiger Woods.

According to statistics provided by the PGA TOUR, only once in the FedExCup era has the Memorial welcomed fewer than 25 of the top 50 in the OWGR. In the last five years, the number of top 50 players committed were 43 last year, 31 in 2019 and 2017, 32 in 2018 and 29 in 2016. Meanwhile, among the top-30 players in the FedExCup standings heading into Memorial Tournament week, it’s not uncommon for the Tournament to lure 21 or more of those players each year—which translates to 70 percent or more of the current best performing players of the season.

The aforementioned Memorial Tournament presented by Nationwide player invitation includes at the bottom the traditional notation RSVP, which is the abbreviation for the request, in French, “Répondez s'il vous plait.” In English, “please reply.”

Rare is the top player who responds with regret.