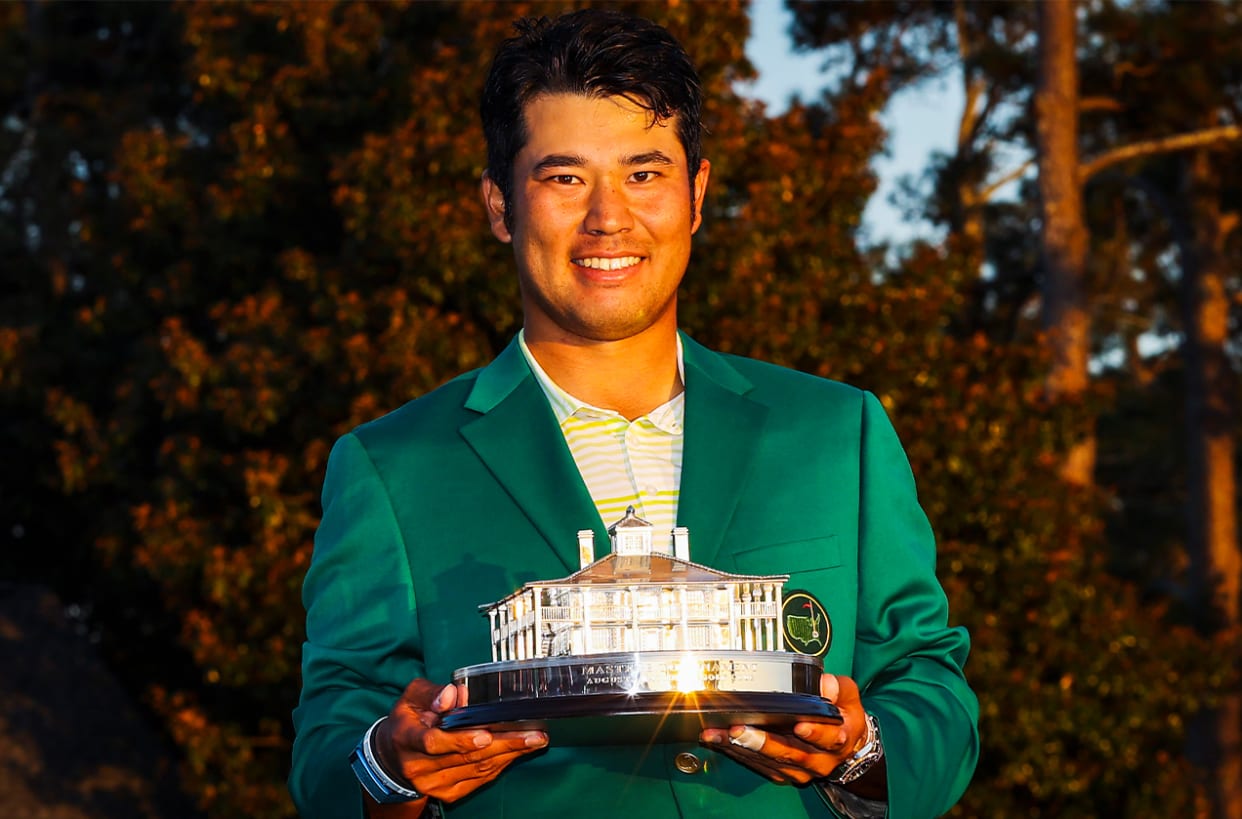 Hideki Matsuyama’s victory Sunday in the 85th Masters was a significant outcome for the game of golf and one that seemed almost inevitable since his victory in the 2014 Memorial Tournament presented by Nationwide, which marked his first win on the PGA TOUR.

Memorial winners tend to do well in the Masters.

With a 1-over-par 73 in the final round at Augusta National Golf Club in Augusta, Ga., Matsuyama defeated rookie Will Zalatoris by one stroke and became the first male Japanese golfer to win a major championship and the second player from Asia to capture a major after Y.E. Yang in the 2009 PGA Championship. Matsuyama, 29, won his sixth TOUR title and his first since 2017 with a 10-under 278 total. That was 10 strokes higher than Dustin Johnson’s record aggregate score in the 2020 Masters contested in November.

“I’m really happy. I’m very relieved,” Matsuyama said after his breakthrough victory, which had all of Japan cheering for him. “Hopefully, I’ll be a pioneer and many other Japanese will follow,” Matsuyama said.

“I’m so happy to be able to see Japanese major win finally at Augusta National. He deserves to get the green jacket,” said World Golf Hall of Famer Isao Aoki, who previously had the best finish in a major by a Japanese player, a second place in the 1980 U.S. Open won by Jack Nicklaus. “I hope young people look up to him and will play golf.”

Added the Golden Bear on Twitter: “I want to send my heartfelt congratulations to Hideki Matsuyama for his Masters Tournament victory, and for being the first Japanese male golfer to win a major championship. I’m not only very happy and pleased for Hideki, but also the whole golfing world of Japan. … This is a great day for him, for Japan, and for the global game of golf!”

Matsuyama became the seventh player to win low amateur and later a green jacket. Nicklaus, the Memorial Tournament Founder and Host, was the first, in 1960, when he finished T-13. The others: Ben Crenshaw, Sergio Garcia, Cary Middlecoff, Phil Mickelson and Tiger Woods.

When Matsuyama won the 2014 Memorial, Nicklaus said, “I think you’ve just seen the start of what’s going to be truly one of your world’s great players over the next 10 to 15 years.”

Matsuyama continues a recent trend of major winners who first won at Muirfield Village Golf Club; he is the fourth in the last eight majors, in fact. Bryson DeChambeau, who won the 2018 Memorial, captured the 120thU.S. Open last September at Winged Foot. Collin Morikawa won the 2020 PGA Championship at Harding Park after winning the Workday Charity Open, which was held at MCGC the week prior to the 45th Memorial Tournament. And Tiger Woods added a fifth Masters title in 2019 to go along with his five victories in the Memorial.

Matsuyama also joined six others who have won both the Memorial Tournament and the Masters, joining Nicklaus, Fred Couples, Ray Floyd, Vijay Singh, Tom Watson and Woods. Overall, 19 players who have won the Memorial also have a major championship on their respective resumes.