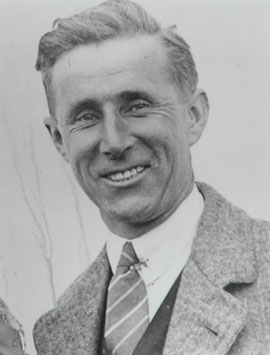 Jack Fowler “Jock” Hutchison was born in St Andrews, Scotland, in 1884, where he was trained as a caddie. He immigrated to the United States in the early 1900s, and became a PGA professional in 1919 and a U.S. citizen in 1920. He won the PGA Championship in 1920, and the following year he traveled back to St. Andrews and won the Open Championship, becoming the first U.S.-based player to win the Claret Jug. Hutchison had been playing—and setting records on the Old Course at St. Andrews—with the grooved clubs he had been working on, and the R&A’s Rules of Golf Committee banned such ribbed clubs six days after his historic Open victory. Hutchison competed in 99 PGA TOUR events from 1916-1961 and collected 14 titles. He also won the inaugural Senior PGA Championship in 1937, which was held at Augusta National Golf Club. He won it again a decade later.  Augusta National recognized the quality of Hutchison’s career when they made him one of the first two honorary starters of the Masters, along with Fred McLeod. Hutchison served in that role from 1963-73. Hutchison died on Sept. 27, 1977, and was inducted posthumously into the World Golf Hall of Fame in 2011. 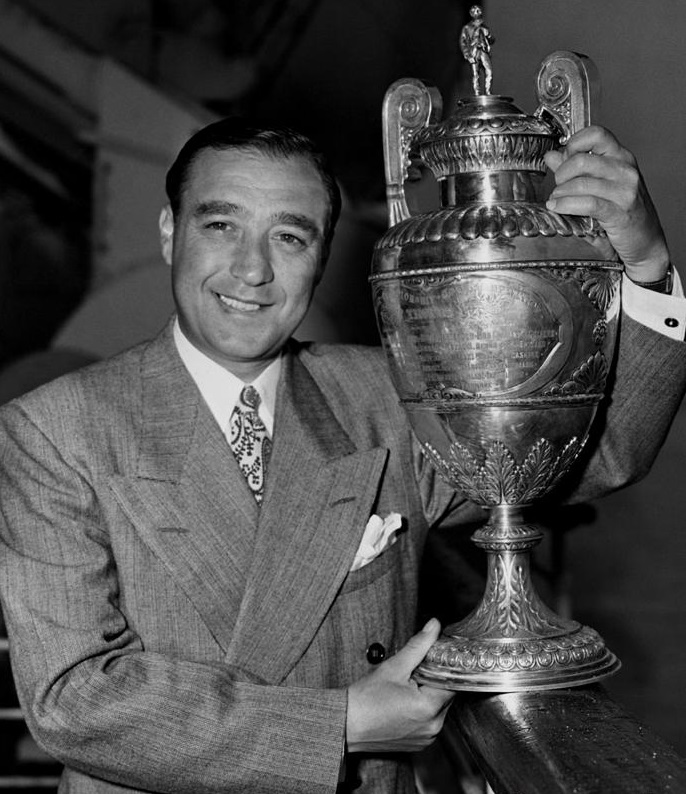 William P. “Willie” Turnesa was born Jan. 20, 1914, and lived most of his life in Elmsford, New York. Willie was the youngest of the famous golfing Turnesa brothers. Three of the seven Turnesa brothers were top touring pros in the 1930s and ’40s, and Willie, the only brother who did not turn pro, was considered by many to be the best amateur golfer after Bob Jones. Turnesa won the U.S. Amateur championship in 1938 and 1948 and the British Amateur championship in 1947, and he was runner-up in the British Am in 1949. He was a member of three winning Walker Cup teams, in 1947, ’49 and ’51, and also served as captain of the 1951 squad. Willie served as president of both the Metropolitan and New York State Golf Associations in the mid-1950s. At that time, he also co-founded what is now known as the Westchester Golf Association Caddie Scholarship Fund, which has awarded millions of dollars to college-bound students. The Turnesa brothers were once called “the greatest family dynasty in golf history.” Turnesa died on June 16, 2001, in Sleepy Hollow, New York.