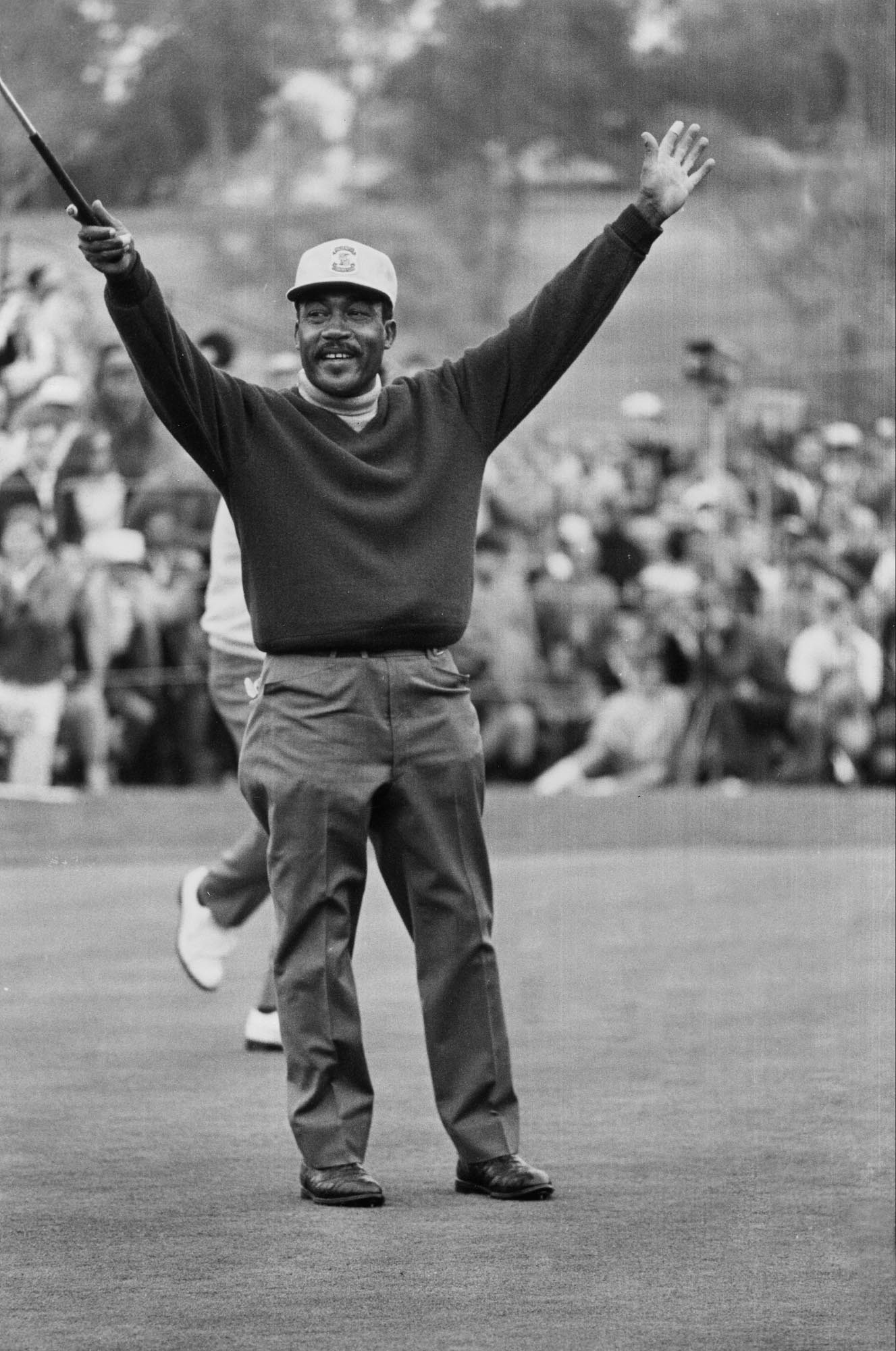 In one of his first tournaments after breaking golf’s color barrier in 1961—in his home state of North Carolina, no less—Charlie Sifford, a fast-swinging, cigar-chomping Black golfer, received a death threat from an anonymous caller. “Whatever you’re going to do,” Sifford replied, “you’d better be ready at 9:20, because that’s when I’m going to be out there on the first tee.”

Such was the courage and determination of Sifford to change the face of golf, as well as the arc of his career, that he never backed down from obstacles and threats. Thus, competing on the PGA TOUR was simply a challenge, one he fully embraced, even if the game did not readily embrace him.

Charles Luther Sifford was born June 2, 1922, in Charlotte, N.C., one of six children to parents Roscoe and Eliza. He was introduced to the game at the age of 10 when he began to caddie at Carolina Country Club to help the family finances. He was able to play there when the course was closed or whenever he could sneak in a few holes, and he received instructional help from PGA professional Clayton Heafner.

He moved to Philadelphia when he was 17 and began competing against other Black golfers before serving in the Army. He turned pro at age 26 and followed his mentor Ted Rhodes to the United Golfers Association, where he soon became its top player, winning the Negro National Open six times. He gained notice with a victory in the Long Beach Open, shooting a final-round 7-under 64 to beat the likes of Billy Casper and Gene Littler. It wasn’t an official tour event at 54 holes, but to Sifford it was huge, saying, “This is what I’ve been waiting for. Now I hope I’ll really be able to go.”

And go he did, becoming the first Black member of the TOUR in 1961 when the PGA lifted its Caucasian-only clause. He was 39. Sifford won twice, at the 1967 Hartford Open and the ’69 Los Angeles Open, and he was a mainstay among the top 60 on the money list for a number of years. He later added one of the biggest prizes in senior golf with the 1975 Senior PGA Championship.

Sifford was inducted into the World Golf Hall of Fame in 2004. Among those who spoke on his behalf at the ceremony were Gary Player and Tiger Woods. In 2014, he received the Presidential Medal of Freedom from President Barack Obama.

Sifford died of complications from a stroke on Feb. 3, 2015, in Cleveland, Ohio, at the age of 92. President Obama said that Sifford, “had faced indignity and injustice even as he faced the competition … and helped to alter the course of the sport and the country he loved.”