Weather: Thursday: Mostly sunny skies in the morning becoming partly cloudy in the afternoon. Wind W at 8-16 mph with a high temperature of 77.

Friday: Mostly sunny skies. Wind WNW at 6-12 mph, with a high temperature of 80.

Saturday: Mostly sunny skies. Wind WNW at 5-10 mph, with a high temperature of 84. 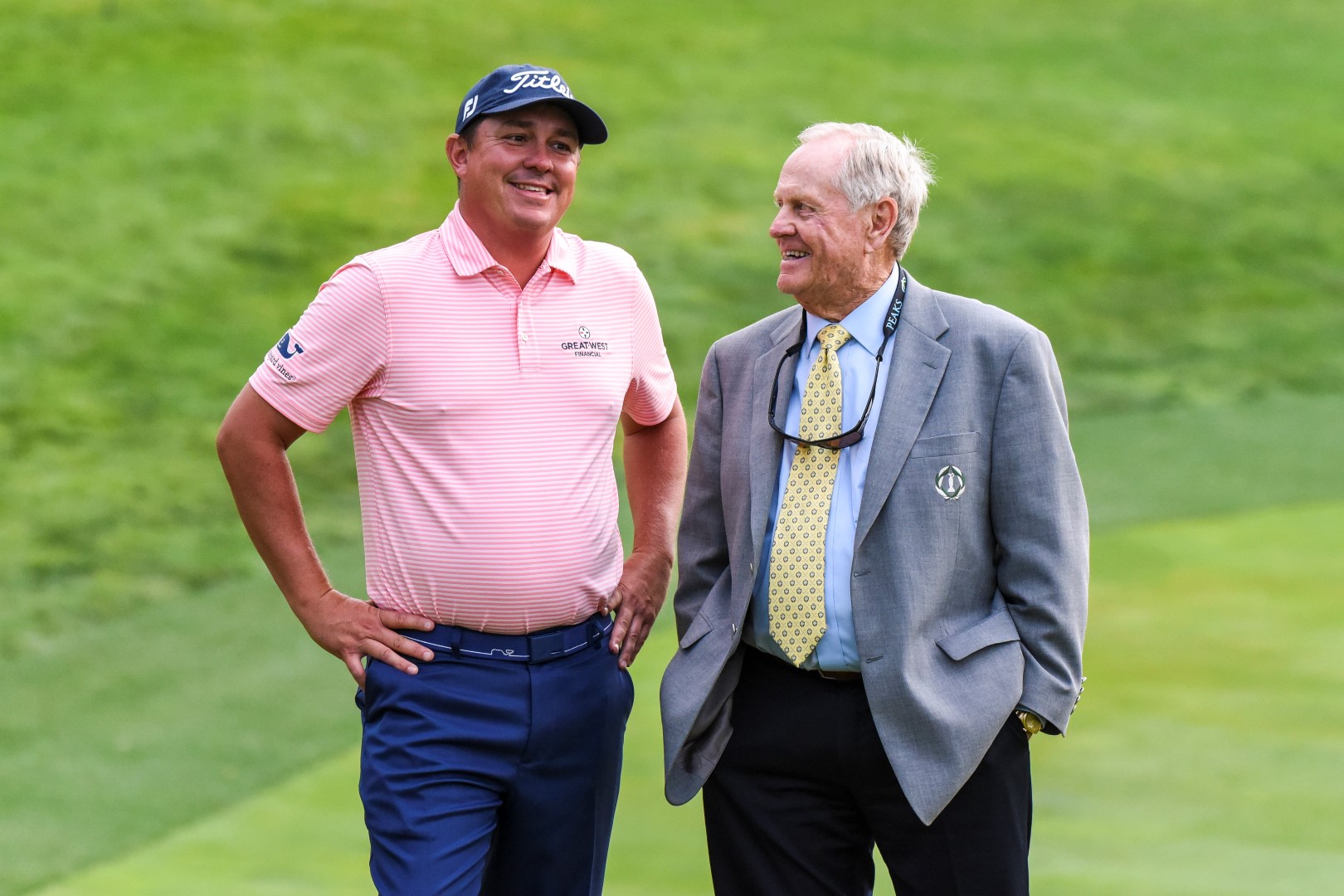 DUBLIN, Ohio (AP) -- Jason Dufner never lost sight of the big picture even after losing a big lead. It paid off when he made a 32-foot par putt on the final hole that wrapped up his victory Sunday at the Memorial Tournament presented by Nationwide.

Dufner lost a five-shot lead in the third round. He started the final round facing a four-shot deficit. And then he played his best golf on the back nine, and kept his composure during two rain delays, to close with a 4-under 68 and win by three shots.

"Yesterday was not my best day," Dufner said of his 77. "But I had to get over it quick. It's a 72-hole tournament, there's a lot of things that can happen out there. I knew I was still in the mix."

Dufner finished at 13-under 275 for his fifth PGA TOUR victory, and he joined tournament host Jack Nicklaus as the only Ohio-born winners of the Memorial.

Not since Nick Faldo in the 1989 has anyone shot 77 in the third round and still won on the PGA TOUR.

Rickie Fowler, in prime position to force a playoff on the 18th hole by making birdie, instead made bogey after Dufner ended it with his big par putt. Fowler shot 70 and tied for second with Anirban Lahiri, who closed with a 65.

Justin Thomas missed consecutive short birdie putts that stopped any momentum he had. Matt Kuchar fell back with three bogeys on the back nine. They finished another shot behind. Daniel Summerhays, who began the final round with a three-shot lead, began the back nine with two straight bogeys, and he finished with a double bogey for a 78 to tie for 10th.

Dufner set the 36-hole scoring record at Muirfield Village. No one would have been surprised Friday afternoon that he would be shaking hands with Nicklaus at the end of the tournament.

But what a ride in between.

Dufner got back into the mix quickly when Summerhays lost his three-shot lead after four holes. Over the next five hours -- with 2 1/2 hours' worth of rain delays -- four players had at least a share of the lead and seven players were in the hunt.

He stuffed his approach on No. 10 to 4 feet and holed a 10-foot birdie putt on the par-3 12th. After missing a pair of birdie chances in the 12-foot range on the next holes, he hit the par-5 15th in two and two-putted for birdie from 40 feet to take the lead.

Fowler fell back when he missed the 14th green long and took bogey, and then hit his fairway metal into the gallery on the 15th and failed to make birdie. Dufner gave himself a cushion on the 17th with his best drive of the day and a wedge to 3 feet.

He made it more exciting than he preferred on the 18th by driving into thick rough just short of the bunker, and hacking out into more rough. He put his third shot to just over 30 feet on the 18th. Fowler, who pulled his wedge left of the green, had Dufner go first to make sure Fowler would have needed to hole the birdie chip to have a chance. Dufner ended the suspense with a putt and a rare show of emotion, slamming down his fist.

Suddenly, he can start thinking about reaching the TOUR Championship and possibly playing in the Presidents Cup.

"I'm pumped to be in the mix again," Dufner said. "It's been a good year so far, but this has made it nice."

Fowler lost a chance to win, and so did Thomas, who already has three victories this year. Thomas saved par on the 12th to stay within one shot of the lead, but then he missed from 4 feet on the 13th and 8 feet on the 14th, two birdie chances that could have tied him with Dufner. And after a big drive on the par-5 15th, Thomas sent his iron well right and was lucky to still be in play. He made par, then dropped a shot on the next hole and his chances were over.

The two rain delays softened the course slightly and ended what would have been a rare week of perfect weather at Muirfield Village. It still finished with a champion everyone would have expected two days ago -- just not the way Dufner got there.