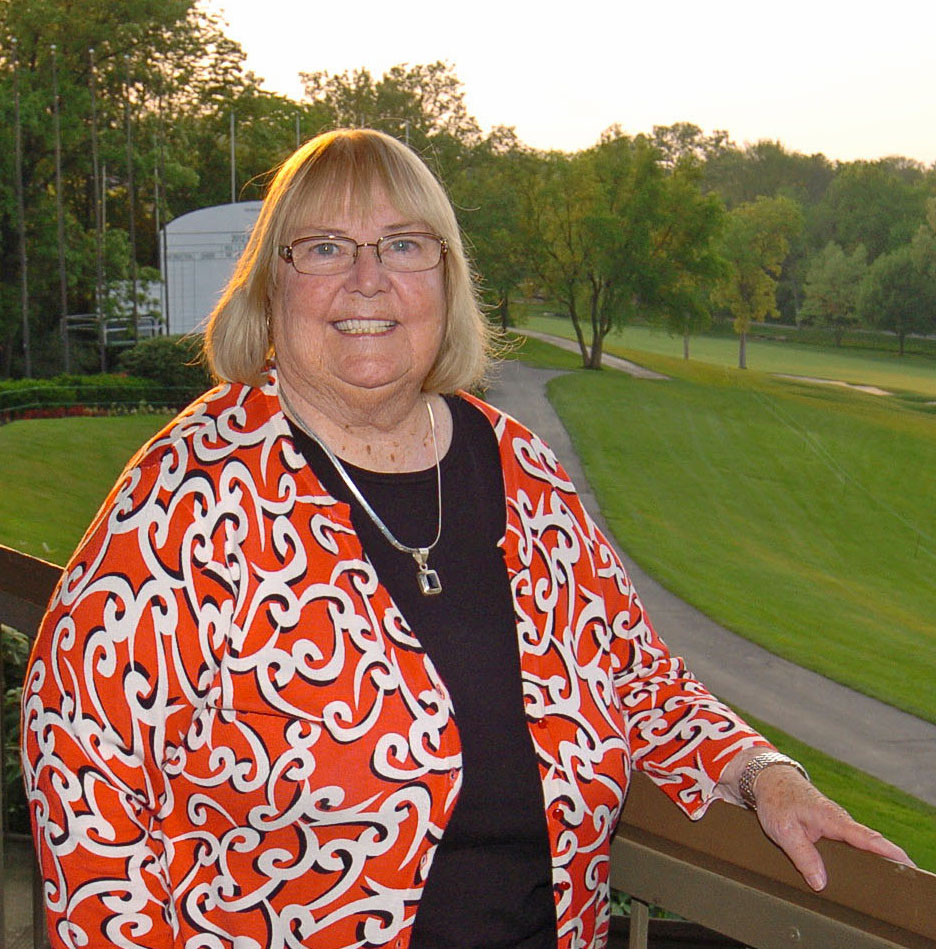 Cyn Melvin has served as a Memorial Tournament volunteer for 30 years of unbroken service. She has contributed to several areas including Status Boards, Hospitality and VIP Courtesy Center.

In her younger years, Cyn has stories of runs to the safe houses, freezing fingers and windy events that included clinging on to the status boards to keep from being blown off. Listening to her stories, she talks of never hearing negativity from co-workers, just pride in doing your job in a manner that reflected well on the tournament and knowing that all those efforts have benefited
Nationwide Children's Hospital and the Memorial Tournament Neonatal Intensive Care Unit.

A couple of years ago, we received a call from Cyn shortly before tournament. She had just had surgery and was barely able to walk. She was practically distraught that she may not be able to fulfill her shifts that she had signed up for and wondered if she could just get herself to the VIP Courtesy Center, could she do something sitting down. She had never missed a year volunteering since she started and the idea that she couldn't do her part and continue that service had her near to tears. We assured her that we would make it work, but that she should not to do something against medical advice. Cyn was able to complete her shifts that year from a chair and did a fantastic job.

Besides, as she quipped one day, "I'm the same age as Jack. If he is still standing and serving, then I can too."