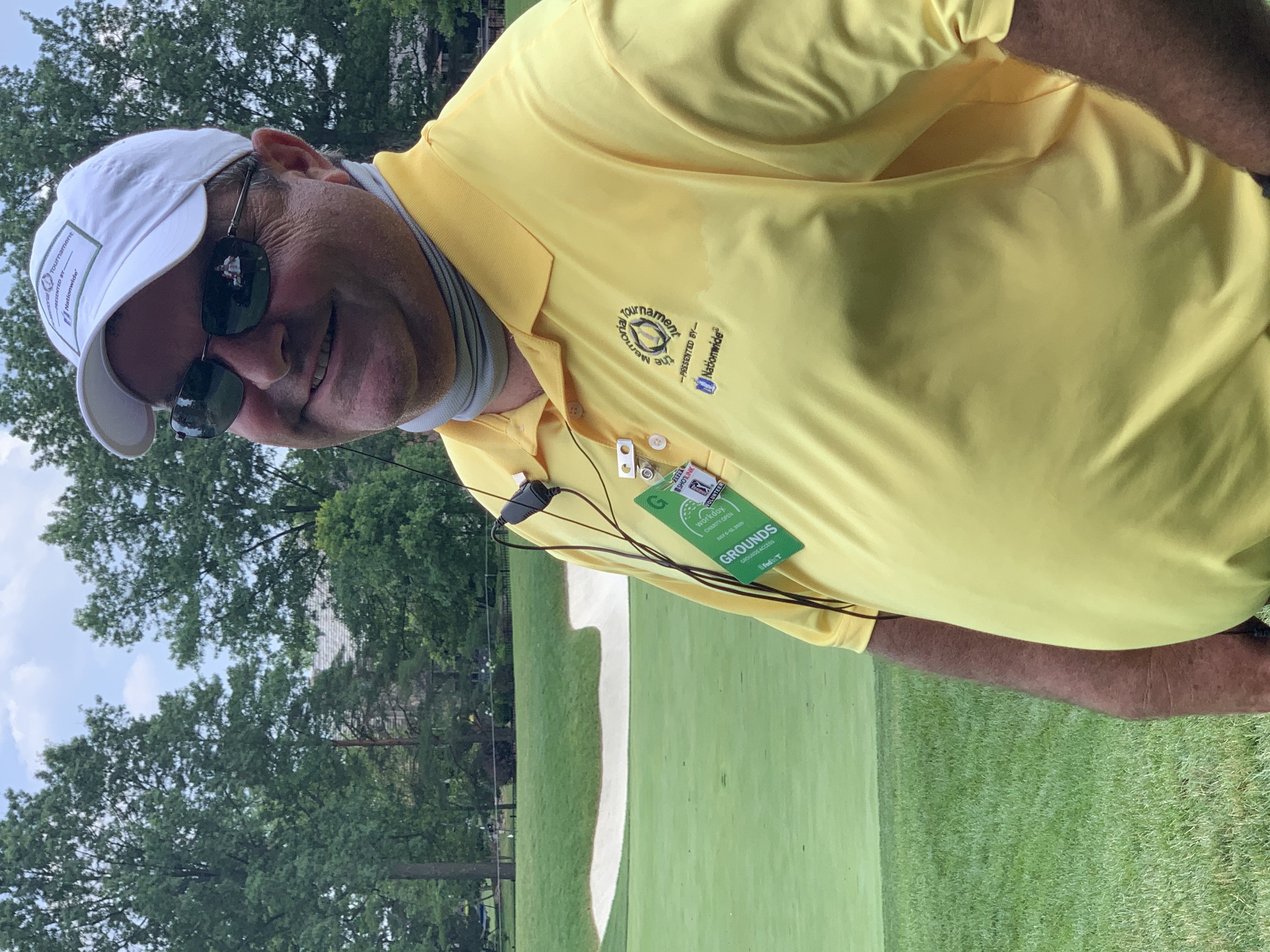 Greg started volunteering for the Memorial Tournament because of his love of golf and what he calls “The best tournament on the PGA TOUR”. However, it wasn’t soon after when Nationwide Children’s Hospital became a life line for he and his family.

Greg’s granddaughter, Nora, was born 4 years ago and was diagnosed with Downs Syndrome.  Shortly after she developed a tumor on her heart and underwent open heart surgery.  At age 2, Nora came down with Respiratory Syncytial Virus (RSV) and due to her Downs Syndrome and heart issues she spent nearly a month in an induced coma where she was treated, and the RSV cured.

In Greg’s own words “Nationwide Children’s Hospital is just an incredible place!  From the exceptional care Nora received and continues to receive to this day; to how our family has been treated as well. What an amazing group of people!”

Greg has since volunteered for many other events for Nationwide Children’s Hospital, however, there is one day, during the 2017 Memorial Tournament, that stands out.

Greg and his daughter were working Hole No. 10 fairway with three remaining groups of golfers to come through.  Greg received a call from his doctor to go to the hospital as soon as possible because he needed immediate medical care.  Greg was adamant he felt fine and would stay until the last group went through.  After pleading with him to no avail, he stayed and then ran off to the hospital where he spent the night getting a blood transfusion.  Despite our efforts to convince him to stay home and take it easy, he was back on the course 24 hours later volunteering.

Many of our committee volunteers enjoy being a part of one of the top tournaments on the PGA TOUR, but Greg Goodpasture has a true passion, and dedication for volunteering. He understands firsthand the huge difference the Memorial makes to Nationwide Children’s Hospital.  Greg is someone who truly holds the spirit of the Memorial Tournament in his heart all year long.